What Students Should Know About Omicron and Higher Education

It felt like things were finally moving in the right direction. Then, on the 26th of November 2021, the World Health Organization designated the new COVID variant B.1.1.529 a concern. Initially discovered in South Africa, the Omicron variant quickly spread worldwide, creating panic in the financial markets, while forcing governments to impose new lockdowns and other public health measures.

Now, a few months on from the first outbreaks, it seems like this wave won't be as destructive as its predecessors, but the Omicron variant is highly transmissive. As such, it has raised new challenges for governments, healthcare providers, and businesses. Moreover, it's forced many people to reconsider their plans in 2022. To keep you updated on what to expect, here's a news round-up of what we know about Omicron so far.

Despite the (relatively) good news, cases are still surging worldwide. In other words, Omnicron is still a threat that needs to be taken very seriously. The World Health Organization Health released a statement reminding people that although the Omicron variant is less 'deadly', it should not be considered 'mild'. Its high transmission rate continues to cause enormous problems for overstrained health services. A constant flow of patients testing positive combined with staff shortages due to self-isolation protocols means hospitals and healthcare centers have a few tough months ahead.

Data suggests some of those infected with Omicron are fully vaccinated. This is backed by a new study from researchers at Oxford University. It found evidence that two of the primary vaccines deployed against COVID-19, the AstraZeneca and the Pfizer/BioNTech, don't protect people as well against the new variant. "Our findings show that vaccine effectiveness against symptomatic disease with the Omicron variant is significantly lower than with the Delta variant," stated the report. However, booster shots can help. The latest study from the UK Health Security Agency (UKHSA) asserts a third top-up dose of a COVID-19 vaccine provides high levels of protection against severe disease from the Omicron variant, especially among older adults and the most vulnerable.

The impact on international students

Border restrictions are also presenting difficulties for international study. For some global learners, it's a simple (although somewhat inconvenient) case of deferring their plans for a year. But the good news is that countries and campuses are more open for international students. Regulations are definitely still in place, but now vaccines have been rolled out around the world and governments have had more time to put regulations in place, many countries are open for international students. Many universities have resumed in-person teaching, largely with face coverings, but due to the success of online and hybrid teaching which was necessitated by the outbreak of COVID, these teaching methods are much more prevalent now than before. Regulations differ from university to university and country to country, so aspiring students are advised to chat directly with universities about the COVID situation on campus and in their location.

Disrupting plans to 'Build Back Better'

Several large political events are on hold due to the outbreak. The annual meeting of the World Economic Forum (WEF), originally scheduled for January, will now take place in early summer. The gathering on a remote mountaintop in Davos, Switzerland, brings together some of the most influential people in the world to discuss challenges such as the climate emergency, inequality, business, and technology. The WEF is the architect of the Build Back Better initiative, a transnational program that aims to make post-Covid global economies fairer and greener.

The story around Omicron is changing all the time. New data, fresh studies, and potential government responses mean we still have uncertain times ahead. So stay informed and stay safe.

At Mantissa College, we deliver the Doctor of Business Administration programme (DBA) in collaboration with the Pole Paris Alternance (PPA)-France. The study duration for this programme takes around three (3) to five (5) years to complete with 100% assignment, no examination.

To apply for the programme, please provide us with the required documents to info@mantissa.edu.my or Click Here to Submit your documents

More Articles: you may also like to read up on 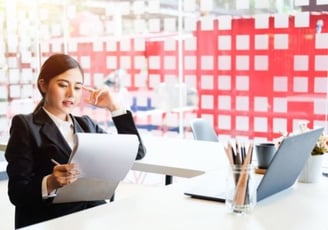 Phd and Dba: What Is A Better Choice?

Are you wondering what is the difference between the DBA and the PhD programme? What are the... 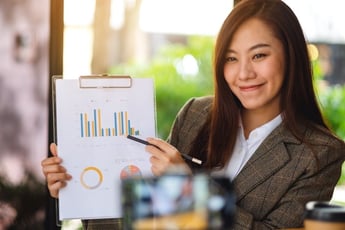 How to become a lecturer in Malaysia from Corporate?

In the past, the idea of returning to academia after a career in industry was little more than a...